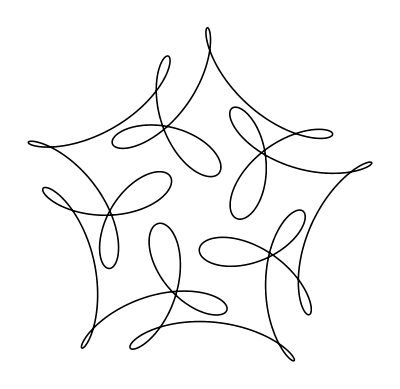 Where did the five-fold symmetry come from?
After I had studied wallpaper functions for several years, when I thought there could not possibly be anything to add to the story, at least from a mathematical point of view, an image appeared on my screen. I call it a moment of happy accident, since a random choice of wallpaper coefficients led to something that I think makes a pretty good story.